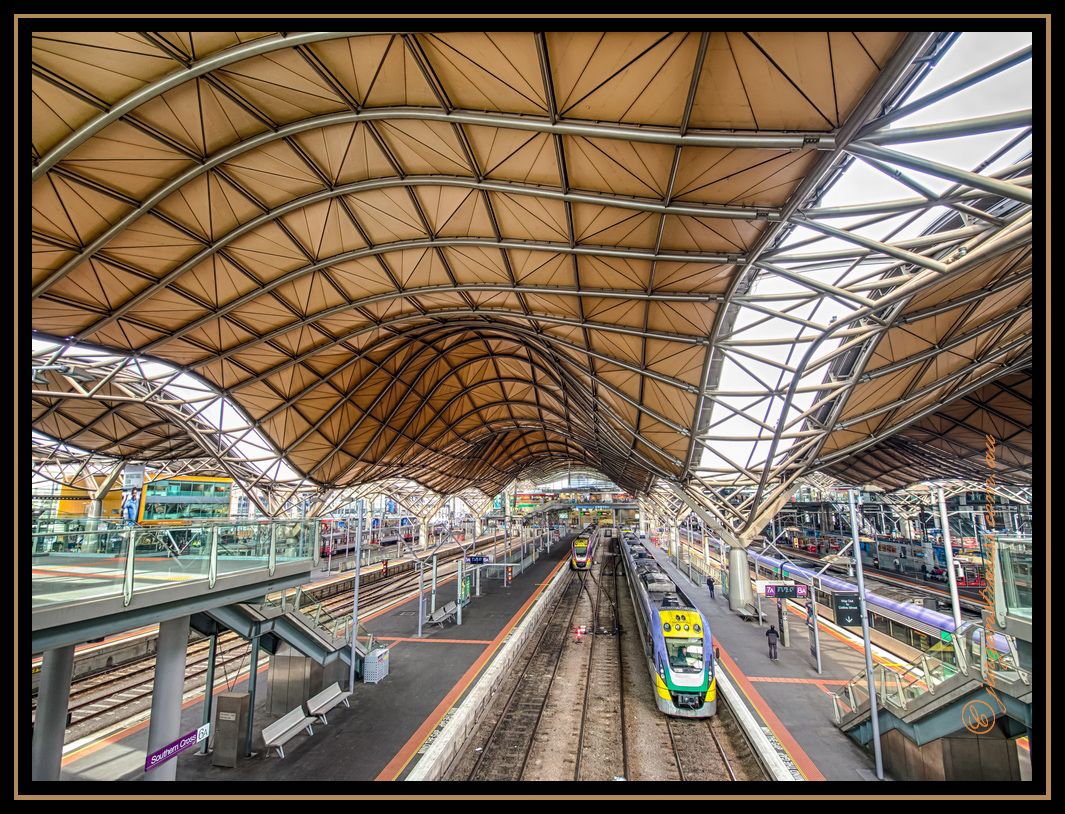 Southern Cross Railway station in Melbourne is one of the city's main railway stations and the terminus for many country trains, including that from Geelong.

The design focus of the 2006 redevelopment of the station, is the wave like roof, of 60,000 sq m, that covers an entire city block. Designed by Grimshaw Architects the roof's form plays a crucial role as part of the environmental envelope of the structure.