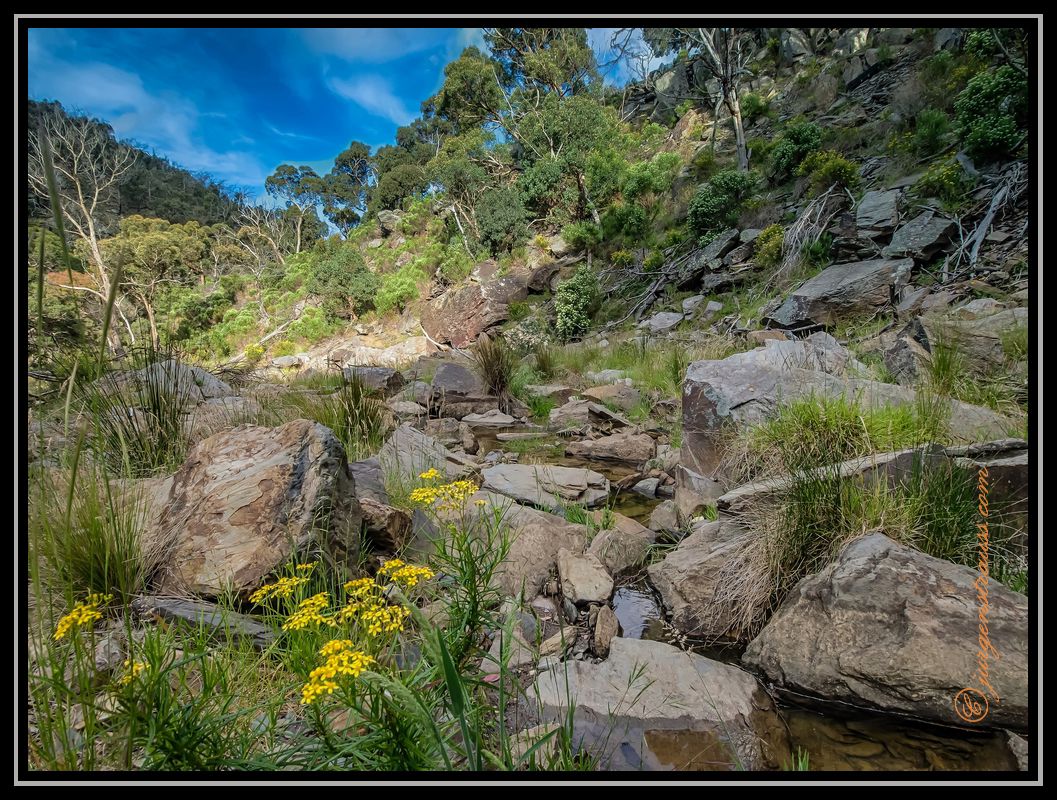 Stoney Creek in Anakie Gorge: Anakie Gorge in the Brisbane Ranges, is a stunning gorge with some of its folded rock formation estimated to have been formed around 500 million years ago (that's a loooong time!). The area was devastated by bushfires in 2006 and flash flooding in 2011, but the natural regeneration is quite evident.