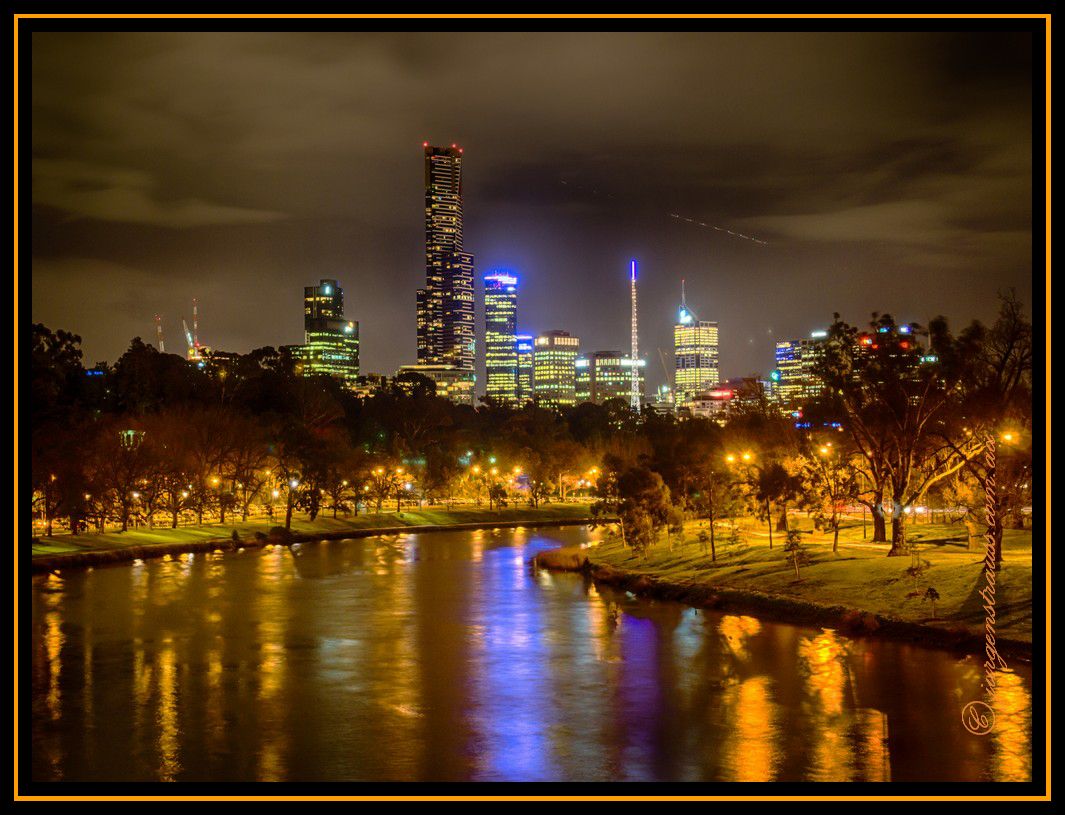 After several hours of rainfall, the rain just cleared for a little while as I passed the Botanic Gardens in Melbourne and was able to get this picture of the Melbourne city skyline at night from Morell Bridge.

The light in the clear but damp air was amazing and the reflections in the water and colours are both haunting and beautiful at the same time. Offset against the black rain clouds in the sky, the tall buildings of the city centre form a striking silhouette.

I used exposure bracketing to take 3 shots and combine them for this HDR image. Of course, on this occasion I was using a tripod.

Revisited this photo with 32-Bit HDR processing as shown on the right. Only took 3 photos at 1 EV separation, but still quite a bit to work with in terms of information. 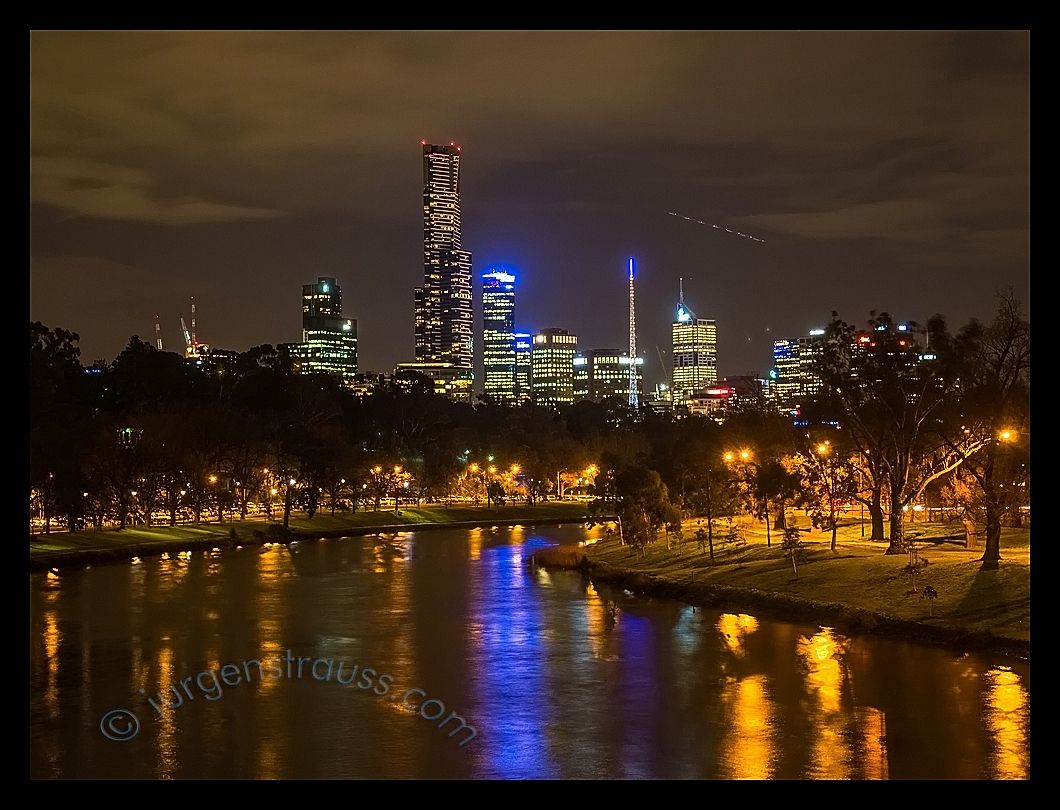