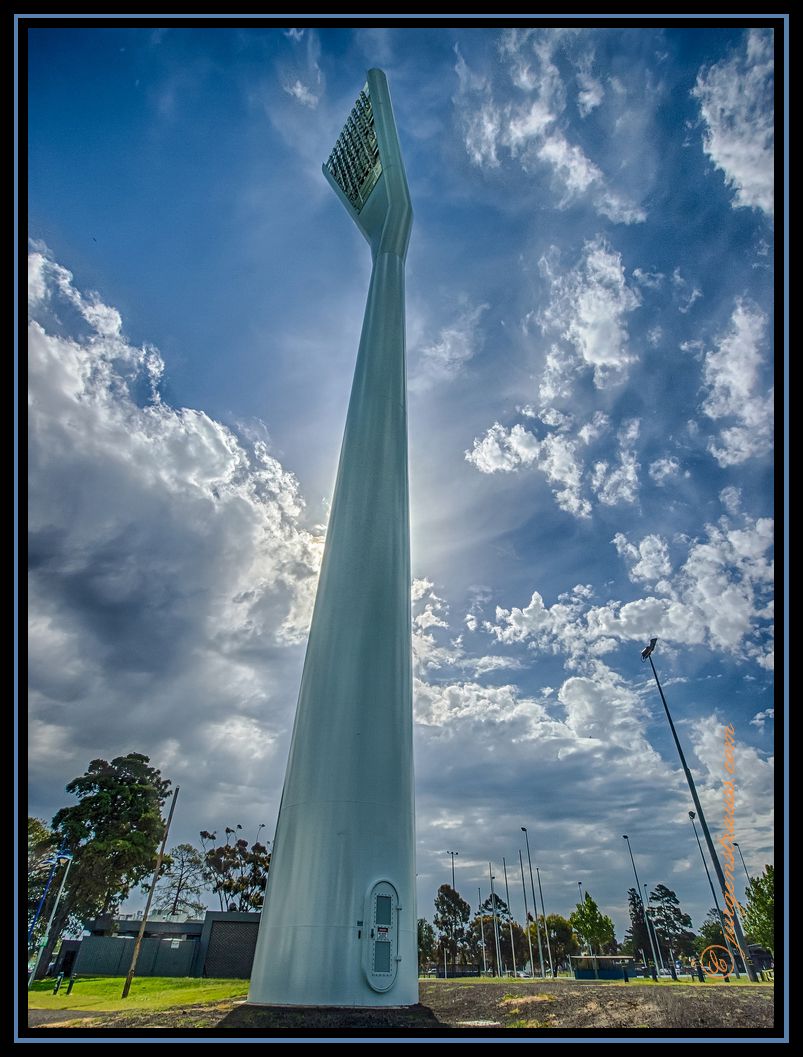 This light tower at Simonds Stadium Geelong, is one of four erected in 2013. These are seriously large structures and I was only able to capture the entire tower using a very wide lens (18mm equivalent at 35 mm).

Simonds Stadium (Kardinia Park) is the home of football in Geelong and is one of the largest regional stadiums in Australia. Following the recent completion of the new Players Stand, the venue now has a capacity of over 34,000. The four new light towers were a part of this redevelopment.

On a visit this afternoon, the pending change in weather and threatening clouds formed a striking backdrop with the afternoon sun behind the tower.