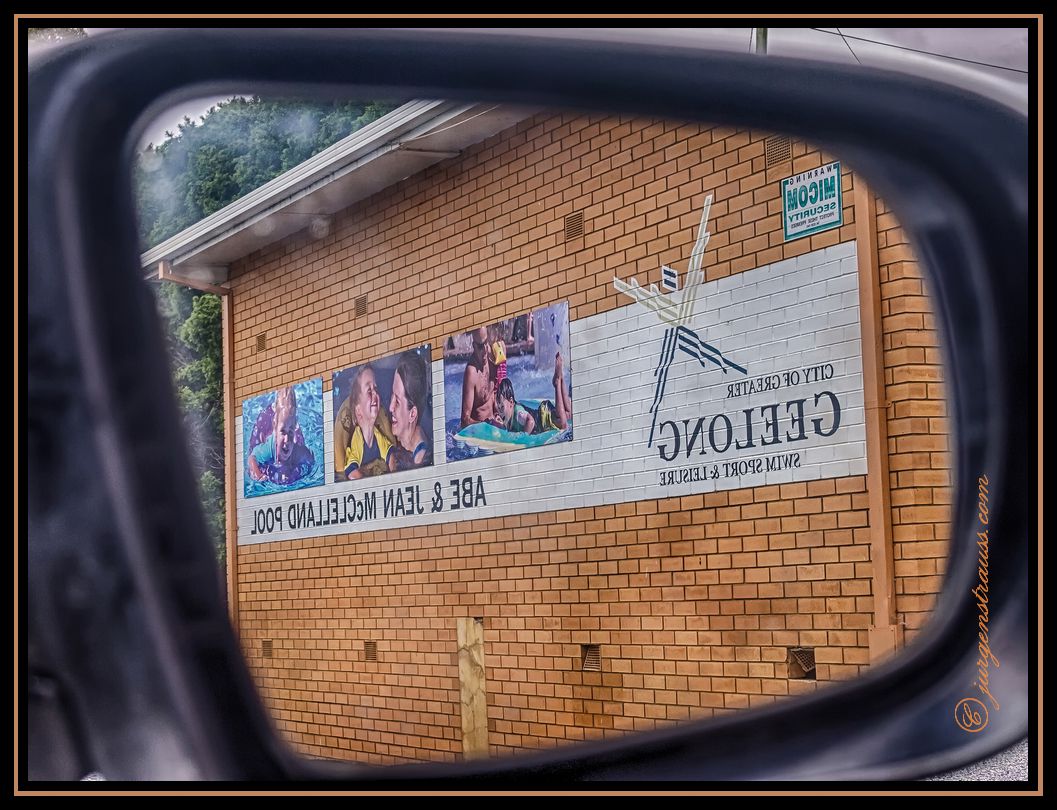 Anyone for swimming in the rain? This photo of the Lara Swimming Pool sign on its amenities building was photographed from its image in my car mirror during a rain shower.

The Lara Pool, known as the Abe and Jean McClelland Pool, opened on 2 March 1963 as the first chlorinated pool to in Geelong.

It was built by the Shire of Corio on land donated by Councillor Abe McClelland and his wife Jean, and has been extremely popular from the outset, with thousands of people attracted to the centre.

In 2009 the pool underwent a major upgrade and now offers a safe and fun day out for the whole family.