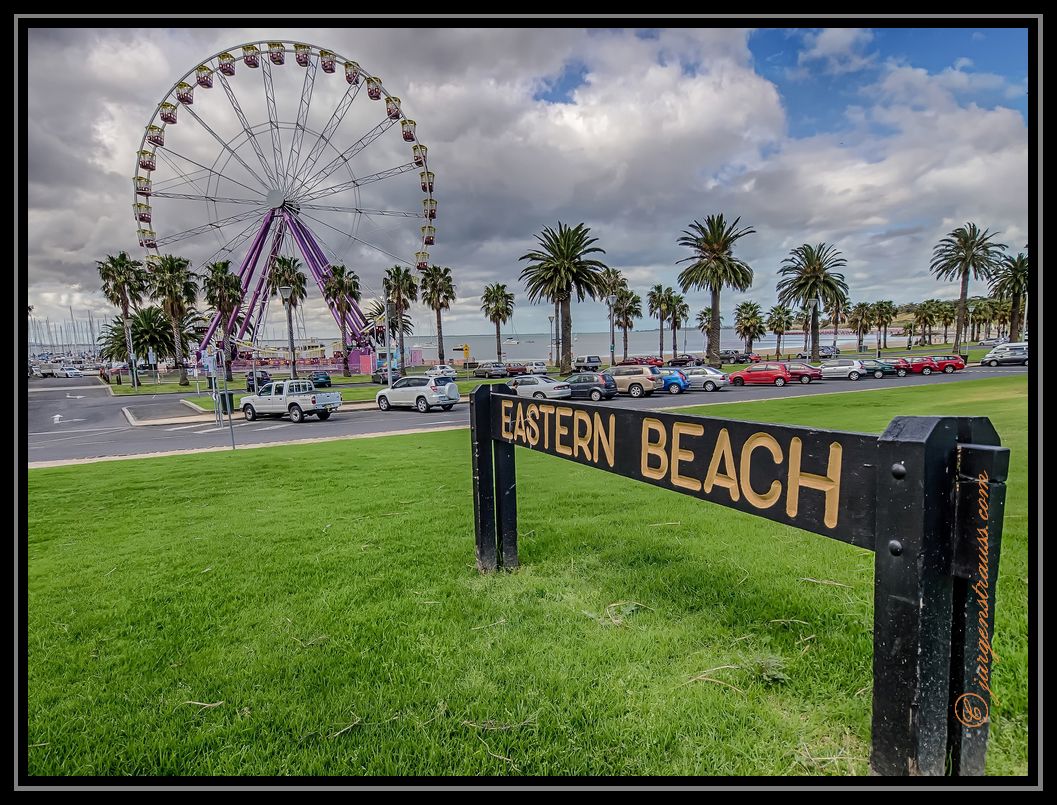 For the past several summers, Eastern Beach Geelong has been host to the largest traveling Ferris Wheel in the Southern Hemisphere. It operates throughout the summer months and has been very popular with visitors to Eastern Beach, although less so with residents, who find the evening light displays intrusive. As I passed Eastern Beach today, the workers were just finishing off the construction for this year. Looking forward to seeing it in operation and perhaps taking some images from the top of the wheel, as well as night photos.