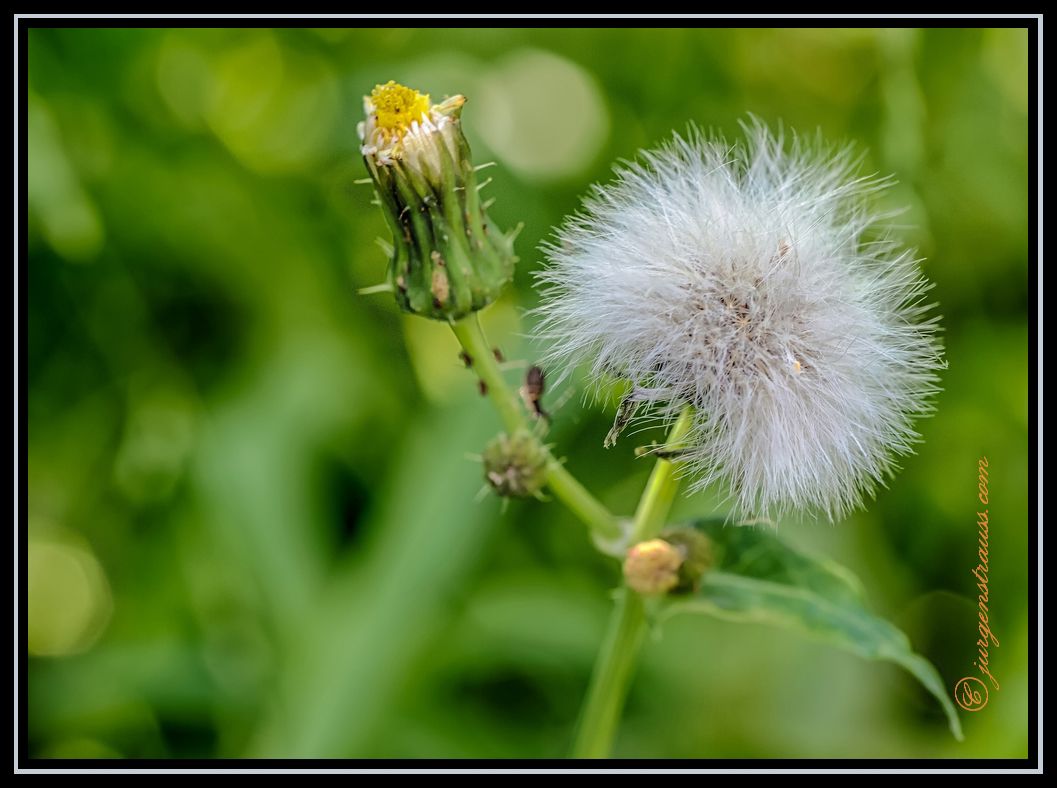 Taraxacum officinale, the common dandelion, is a flowering herbaceous perennial plant of the family Asteraceae (Compositae). It can be found growing in temperate regions of the world, in lawns, on roadsides, on disturbed banks and shores of water ways, and other areas with moist soils. T. officinale is considered a weed, especially in my veggie patch, lawns and along roadsides, but it is sometimes used as a medical herb and in food preparation. The common dandelion is well known for its yellow flower heads that turn into round balls of silver tufted fruits that disperse in the wind.

The dandelion is a common colonizer of disturbed habitats, both from wind blown seeds and seed germination from the seed bank.[27] The seeds remain viable in the seed bank for many years, with one study showing germination after nine years. This species is a somewhat prolific seed producer, with 54 to 172 seeds produced per head, and a single plant can produce more than 5,000 seeds a year.

No wonder the various dandelion sub-species are distributed all over the world on every continent except Antarctica!

Whilst Dandelion is considered a weed, the plant does have culinary and medicinal uses - the leaves can be eaten raw or cooked in soups, salads and is even used to make wine! In the UK, there is a soft drink made from Dandelion and in some parts of Europe the flowers are used to make jam or a honey substitute. Medicinal uses include as a diuretic, laxative, mosquito repellant and event to treat warts.

Photographed with: Olympus Pen EP-3, with Olympus M.Zuiko Digital ED 60mm f2.8 macro lens, with an exposure bracket of +/- 2 EV at f 6.3 and 200 ISO and the resultant images combined to produce an HDR image.